Addressing thousands of people during his Friday sermon at Zeynebiye Mosque and Cultural Center on Friday, October 15th, 2021, the Leader of Turkish Shias, Selahattin Ozgunduz touched upon current issues.

“Despite the pandemic, we met with thousands of young people on Sunday evening at an event organized by ZHGM. May Allah protect them for us and the Imam of the present age, Imam Mahdi (a.f)", Ozgunduz said in a statement. "Our youth are the cause for hope of friends and a cause for anger of enemies. All the lovers of Ahl al-Bayt should be proud of this unity. But this has messed up the beehives. Others have no objections." Those who seem to be from us and are known as the alims (Islamic clergymen), have become really messed up. If these youth can gather together without any occasion, this effort and dedication is the cause of hope for our future. The lovers of Ahl al-Bayt are only proud of this, why should they be bothered by it?

Did our conversations make you bothered? Everyone has the right. He may accept or reject our words. When rejecting in the manner of an alim, you must also reveal why you rejected it.
We, as the community and the Shias of Turkey, have taken such a decision and we will continue like this. We do not admire ourselves in being religious and taking responsibility for religion. But those who don't like us would not see us for dust!  We feel more responsibility towards Allah, but we get angry if the seditionists, who are entirely to blame, want to criticize us in the name of religion. We love our homeland and our nation, and we are also religious; this is how the Shias of Turkey are.

We give our lives for our homeland, religion and nation. None of them can be preferred to the other. Our community, ummah and national unity is our foremost and most important duty. This is what the Holy Quran has taught us. Some others fight against the Quran for taking a piece of cake (reaching personal gains) and seek to create sedition and division in the community.

Should we be traitors instead of patriots? This land is ours, we will not let anyone trample it. We do not let a stranger touch it. We will not enslave our nation. We don't let our religion to be insulted either. Which of these do you object to?
Gaza is my homeland, Istanbul is not my homeland. Or Gaza is my homeland, Qarabagh is not my homeland. Do you want us to say this? Both Gaza and Qarabagh are our issues. Thankfully, in the case of Qarabagh we acted as we deserved, took it and excelled. Our wounded and offended national pride was also restored. We are enjoying saving hundreds of our mosques there from being pigsty. As happy as we are, the Armenians are sad. Armenian and Armenian friends, is this what has offended you? This community made a convoy of happiness by announcing the liberation of Shusha. I watched the convoy from the balcony of my house. That convoy had no end. I shared that happiness with my community and shed tears of joy.

Those who cause sorrow inside the happiness of this nation, it means that you are not from this nation. If someone is sad on the day this nation is happy, it is the lack of his honor. If you are sad or happy with the Armenians on the happiest day of this nation, you are just like them.

This religion has taught me that whoever your joy and sorrow is with, you are with him. All of a sudden, someone became a lion and started blaspheming against us. Be careful not to make fun of this nation's foresight.
While imperialism and the powers of that time were dividing our land, we voluntarily united with our brothers and our land, instead of staying in Armenian.

Since the establishment of the Republic, no one has ever interfered with our religion. While it was forbidden to hold collective events in Istanbul during the martial law, we held our Ashura. May Allah keep these days away from us! To agree with us, the government and opposition of this country have shared in our mourning and sympathy. Our security forces in this country have always ensured our security by helping us.

One of the most authentic sources after the holy Quran is Nahj al-Balagha. Imam Ali (a.s) said in Nahj al-Balagha: "Which homeland will you defend other than your own"? Will he defend Palestine while he cannot defend his own homeland? Your goal is to gain something from that. Our Prophet Muhammad (pbuh) said: “The people who are hated by Allah are those who do not fight for their homeland even if their homeland has been invaded.”
Do you want this from us? I take out the eyes of anyone who covets my country. Do you think loving the homeland contradicts religion? How can I practice my religion without a homeland? In which book do you believe? Which Imam do you believe in? Which prophet's ummah are you?

Will the Armenians invade my land, turn my mosques to pigsty, kill my people and force them to migrate, and I will be friends with the Armenians? The Almighty Creator commands that the one who does this, is himself the oppressor.
A tension has been arisen between Azerbaijan and Iran. Now, they ask which side you are on. Both Iran and Azerbaijan are mine. The head of Iran is also a Turk. My feeling and my culture are the same. Those who create tensions are wrong.

Who am I blaming? Those who disrespect the leader of a country. I say this for both sides. Regardless of position or authority, the insulting words of people who are inferior to their audience are unfairness and impoliteness. I hope that, inshaAllah, the leader of the Islamic Revolution of Iran, Ayatollah Khamenei, will solve the issue in one word and it will be over. I do not think that the leader is satisfied with the behavior of some ignorant people who threaten Azerbaijan by pointing their fingers. I hope the Leader solve this issue. This situation will make it easy to resolve the animosity and resentment between Syria and our country. It also brings peace to the two brothers and makes Israel isolated.
The issue of Palestine is primarily a Palestinian, a second-degree Arabian, and a third-degree a Muslim issue. The Qarabagh issue is likewise the same, it is the first degree of Azerbaijan's issue, the second degree of the Turkish world's, and the third degree of all Muslims'.

Why does someone get upset when we take back our occupied land from the enemy? I question the faith of those who are offended. Those who quarrel by pretending to be pro-Iranian or pro-Azerbaijani are both ignorant. The hostility of Turkey, Iran and Azerbaijan will only benefit the enemies of Islam. Being friendly and acting together solves many of our problems. Turkish world has created an integrity between the Islamic geography and the Crusader geography, like Imam Ali (a.s)'s Zulfiqar. God forbid, if this country does not survive, there will be no country to stand against the Crusaders. May Allah make our country and our security forces victorious against all enemies”. 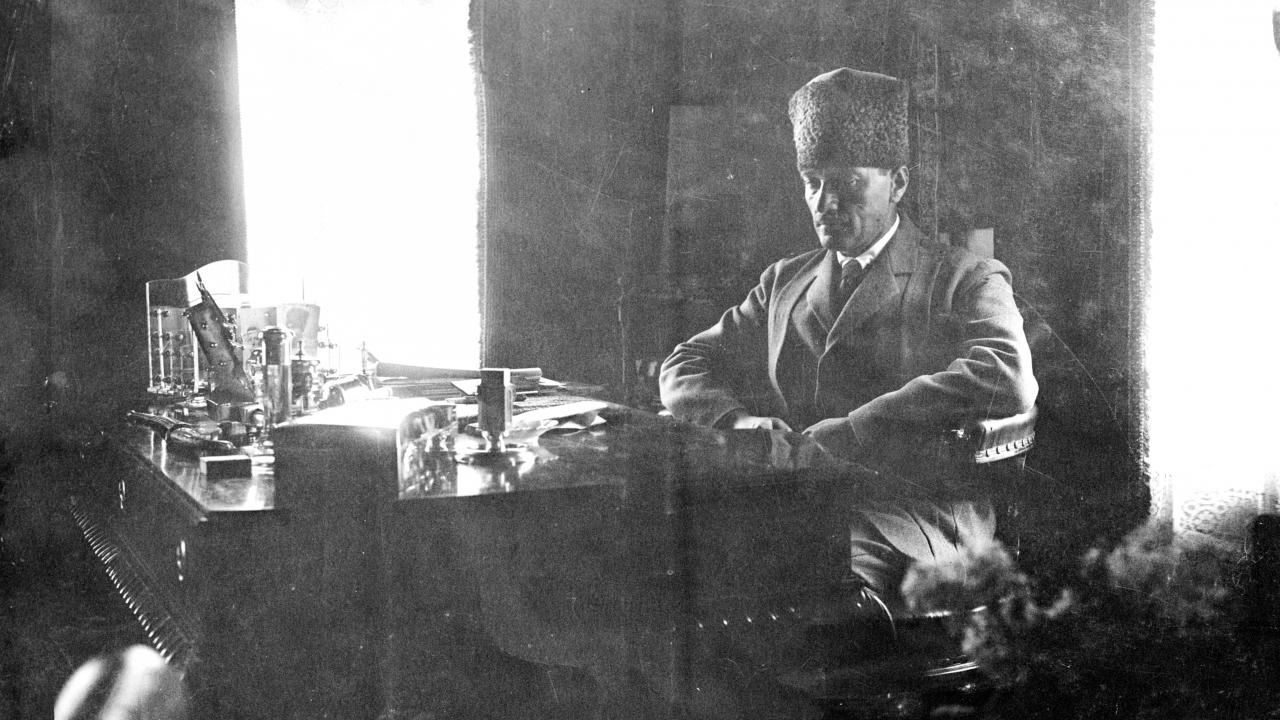 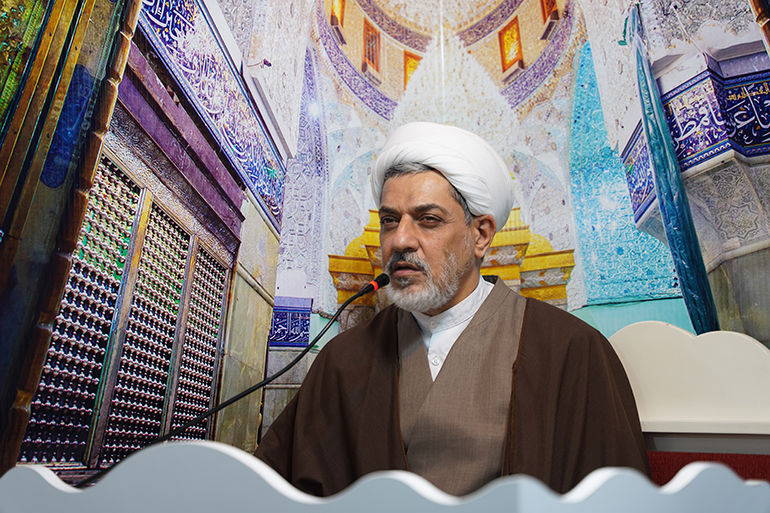 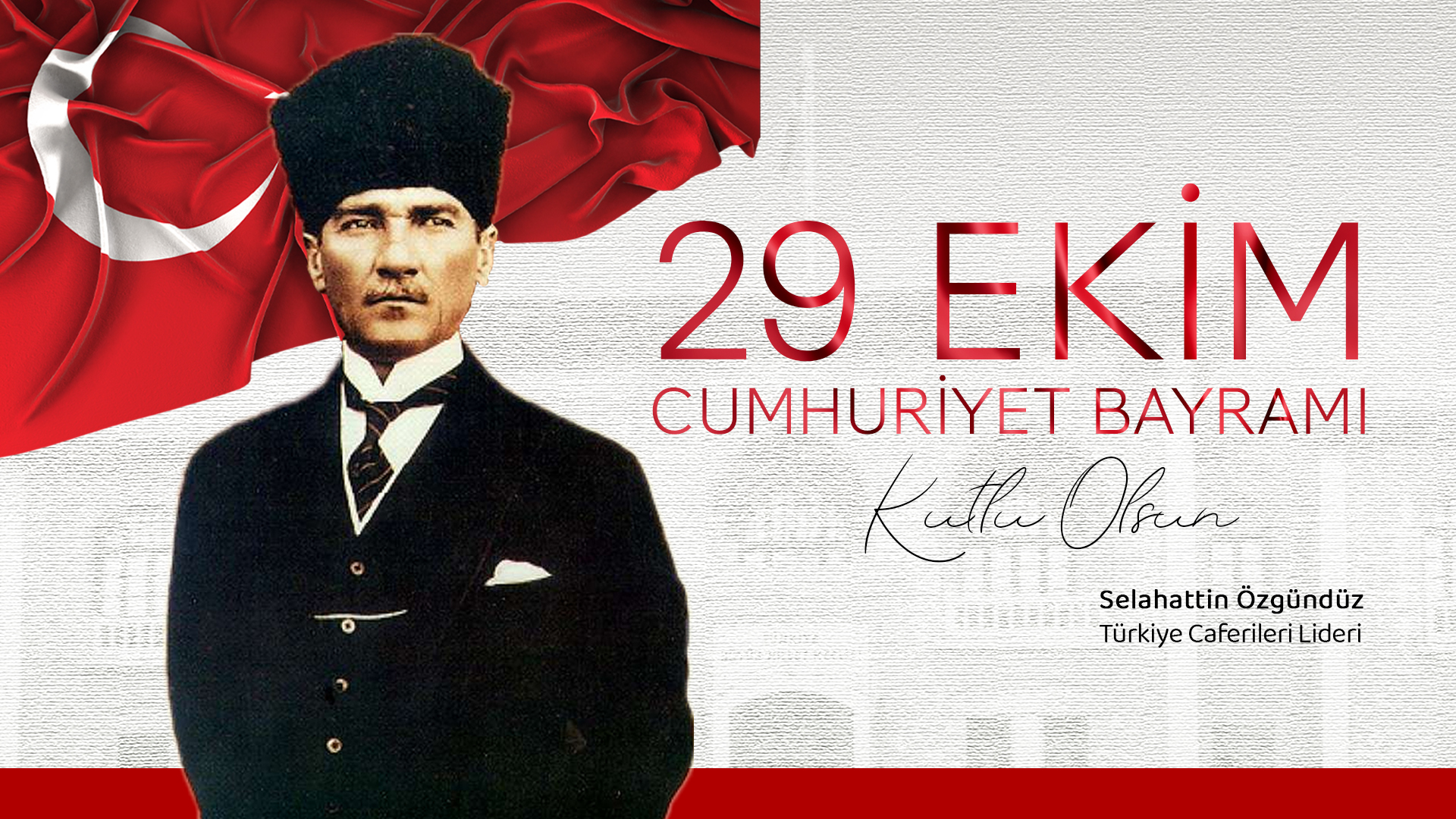